For details regarding prevention measures in place and the COVID-19 Pioneer response click here.

In Exile: Cadences of Home

A Place at the Table

Bachelorette for a Day

• #1—Persecution is the expected modus operandi of the devil (“evil”
with a “d”) in his “great controversy” warfare to the divine allies and exiles on earth.

• #2—Trials and tribulations character and dependency
on God.

• 1 Peter 4:12-13—“Dear friends, do not be surprised at the fiery ordeal that has come on you to you [as gold purified in the fire—1:6-7], as though something strange were happening to you. But rejoice inasmuch as you participate in the sufferings of Christ, so that you may be overjoyed when his glory is revealed.”

• #3—Persecution keeps the line of demarcation between the exiles and the culture of the captor .

• Walter Brueggemann: “The great problem for exiles is cultural . The primary threat to those ancient Jews was that members of the community would decide that Jewishness was too demanding, or too dangerous, or too costly, and simply accept Babylonian definitions and modes of reality.” (Cadences of Home: Preaching among Exiles 41)

• Lee Beach: “While integration with culture is necessary, to it in all aspects is not.” (The Church in Exile: Living in Hope After Christendom 89)

• #4—Persecution actually the Kingdom of God on earth!

• Esther 8:17—“And many people of other nationalities became because fear of the Jews had seized them.”

• Shadrach, Meshach and Abednego and Nebuchadnezzar’s image—the king their God above all other gods (Daniel 3:29).

• Daniel and Nebuchadnezzar after his insanity—“I, Nebuchadnezzar, praise and exalt and the King of heaven, because everything he does is right” (Daniel 4:37).

• Daniel and Darius the Great—“I issue a decree that in every part of my kingdom people must fear and reverence the God of .” (Daniel 6:26)

• Tertullian: “The blood of Christians is .”

• Frederick Dale Bruner: “In Matthean and biblical teaching the tribulation of the latter days is a Christian experience and ‘runs from the first advent to the second.’ We’re in it! . . . The tribulation of persecution is the essence of Christian . . . . A winnowed, persecuted, purged, minority church—paradoxically,
evangelically— .”
(Matthew: A Commentary 2:483-484, 292)

• Acts 8:1, 4—“On that day a great persecution broke out against the church in Jerusalem, and all except the apostles were throughout Judea and Samaria. . . . Those who had been scattered preached the word wherever they went.”

• Ellen White: “The two armies [faith communities] will stand distinct and separate, and this distinction will be so marked that many who shall be convinced of truth will come on the side of God’s commandment-keeping people. When this grand work is to take place in the battle, . . . many will be imprisoned, many will flee for their lives from cities and towns, and many will be for Christ’s sake in standing in defense of the truth.” (Maranatha 199)

• Jesus: “Remember what I told you: ‘A servant is not greater than his master.’ If they persecuted Me, they will persecute also.”
(John 15:20)

• Dietrich Bonhoeffer: “When Christ calls a man, he bids him come and .” (Cost of Discipleship 99)

If persecution grows the Kingdom—
why not?

If you benefit from any of the above-listed items, this fund would be an important one to include in your plan for faithful stewardship.  As important as keeping heat and light on in our homes is the necessity for doing the same for God’s house that we share.   And just as He is faithful to help us with the costs at home, He will help us to share in this responsibility.  Even when we have difficulties with finances at home, faithfulness to Him puts us in a position to be blessed.

Deuteronomy 8:11 - "And you shall remember the Lord your God, for it is He who gives you the power to get wealth."

Philippians 4:19 - "And my God shall supply all your need according to His riches in glory by Christ Jesus."

Route 2 Raise is an eight-week fundraising challenge that begins Feb. 21, 2021, and runs through April 16, 2021. You can participate by either donating a dollar or finding a sponsor to donate a dollar on your behalf for every mile. You accumulate mileage by wheelchair, walking, jogging, or running. The funds raised in this Route 2 Raise activity will go directly to the Student Life COVID-19 Emergency Fund, assisting Andrews students in need, with heating bills, food, and other necessities. We welcome everyone to participate, local or distant, student, faculty, and families. All are welcome as we promote health and support our fellow students! Additional information for details of how to give will be provided soon.

In this 2021 Devotional, Jesus Name Above All Names, Ellen White uses 840 names to introduce Jesus. Pioneer member, John Rorabeck, has prepared an index to this devotional that you might find useful. 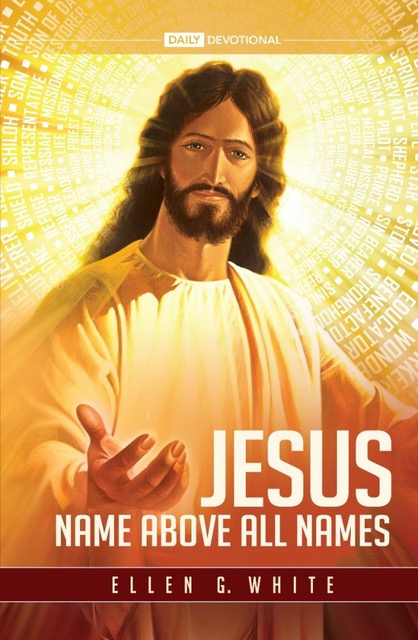 A Prayer for Our Servicepersons

"Father in Heaven, we ask Your grace and protection for Pioneer's servicepeople and those around the world who serve. Military service and war are part of life on planet earth. Give wisdom to our leaders and come soon to bring us eternal peace."